In 1906, Carl Jung sent a copy of his newly written Studies in Word Association to Sigmund Freud, who was roughly 20 years his senior and already in correspondence with Dr Eugen Bleuler who had been Jung’s doctoral supervisor. (Later, Jung would find out that Freud had already purchased a copy of Studies in Word Association.) It was Beuler who had gotten Jung interested in the works of Freud by asking him to write a review of Freud’s The Interpretation of Dreams which had been published in 1899.

In 1907, Jung and Freud met in person for the first time, after having had an intense written correspondence with each other since the year before. When they finally found themselves face to face with each other in Vienna on 3 March 1907, the two men immediately dove into deep conversations about the human mind, and Jung himself would later describe their initial discussion as interminable, saying that they talked for thirteen hours.

Six months after their first meeting, Freud – who was based in Vienna – sent a collection of his latest published essays to Jung, who was still working in Zürich. An intense correspondence followed, and it was the start of a professional collaboration and personal friendship that lasted until May 1913, when professional disagreements between the two men caused Jung to resign from his position as chairman of the International Psychoanalytical Association – an organisation that they had formed together. 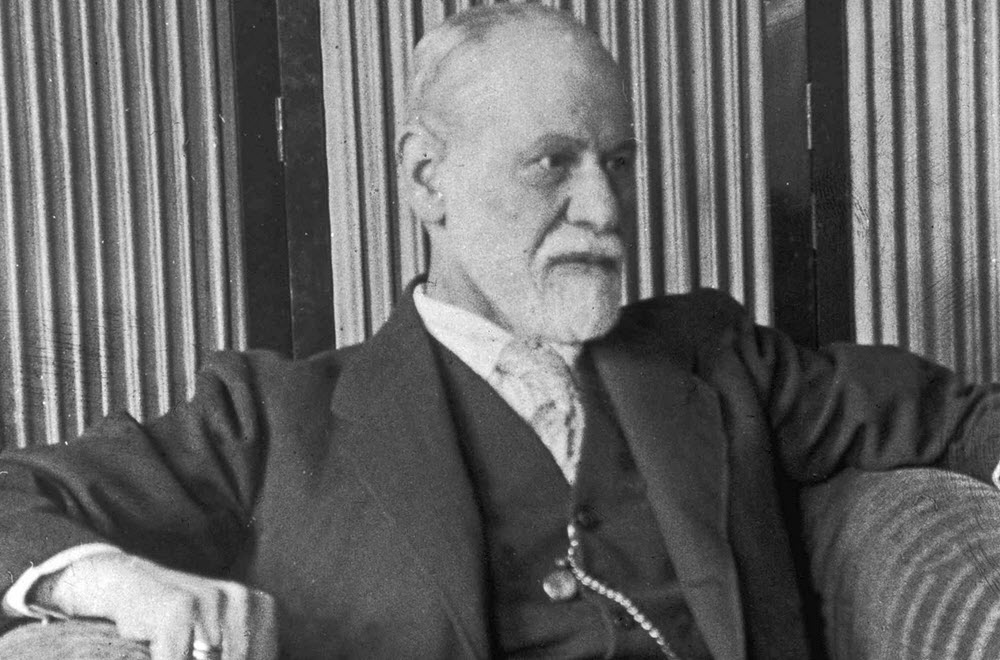 Jung and Freud’s six-year-long collaboration came to have a major influence on both of them, and help them both in various ways.

For Freud, Jung became an important aid in spreading the ideas of psychoanalysis and help give credibility to it, since Jung was already a rather renowned psychiatrist in his own right, working at the famous Burghölzli psychiatric hospital in Zürich and also teaching at the university.

In 1909 Jung and Freud travelled together to the United States to visit Clark University. The Hungarian psychoanalyst Sándor Ferenczi accompanied them as well. At Clark University, they partook in a conference arranged by the psychologist G. Stanley Hall. With 27 renowned psychiatrists, psychologists and neurologists present at the conference, it had a huge influence over the acceptance of psychoanalysis in the USA.

After the creation of the International Psychoanalytic Association in 1910, Freud wanted Jung to be appointed life-time president of the organisation, calling him his adopted eldest son, crown prince and successor. Colleagues in Vienna protested against the idea of having a life-time president, and a compromised was reached where Jung was elected for a two-year term.

Tensions between Jung and Freud started to become apparent while Jung was working on his Wandlungen und Symbole der Libido . The two men ran into several major disagreements, especially when discussing the nature of libido.

Jung did agree with Freud that libido was an important source for personal growth, but unlike Freud, he didn’t see libido alone as responsible for the formation of an individual’s core personality. Jung believed that a person’s personal development could also be impacted by factors that were not related to sexuality. Compared to Freud, Jung de-emphasized the importance of sexual development and instead put the spotlight on the collective unconscious – memories and ideas inherited from our ancestors.

In 1912, Freud visited the Swiss psychiatrist Ludwig Binswanger in Kreuzlingen, without coming to visit Jung even though Zürich isn’t very far from Kreuzlingen. Jung interpreted this as a serious slight and referred to the event as “the Kreuzlingen gesture”.

The publication of Psychology of the Unconscious

Shortly after this incident, Jung left Europe for the United States, where he spent several weeks lecturing at Fordham University. Later in the year, his notes from these lectures were published as Psychology of the Unconscious: a study of the transformations and symbolisms of the libido, (subsequently republished as Symbols of Transformation). These texts are still largely psychoanalytical (the school founded by Freud), but do contain some remarks regarding Jung’s dissenting view on the libido. According to Jung, it was this publication that cost him his friendship with Freud.

Letters that Freud and Jung exchanged after the publication show their refusal to consider the other person’s viewpoint. In his autobiography Memories, Dreams, Reflections, Jung would later describe this as a rejection that caused a “resounding censure”.

In November 1912, both Jung and Freud travelled to Munich to attend a gathering of prominent psychoanalysts. This was to become their penultimate meeting.

The aim of the meeting was to discuss psychoanalytical journals, and during a talk about an essay on Pharao Amenhotep IV, Jung expressed his views on how it related to actual conflicts in the psychoanalytic movement. While Jung was speaking, Freud suddenly fainted, so Jung had to stop talking and carry Freud to a couch.

Jung and Freud met each other for the last time in September 1913, when they both participated in the Fourth International Psychoanalytical Congress in Munich.

At the congress, Jung gave a talk that served as an introduction to some key concepts that would eventually form part of the core of his analytical psychology – the school that Jung would go on to form and that would be separate from Jung’s psychoanalysis school.

After the break from Freud, Jung underwent a period of though and painful psychological transformation, which might have been exacerbated by the outbreak of World War I.