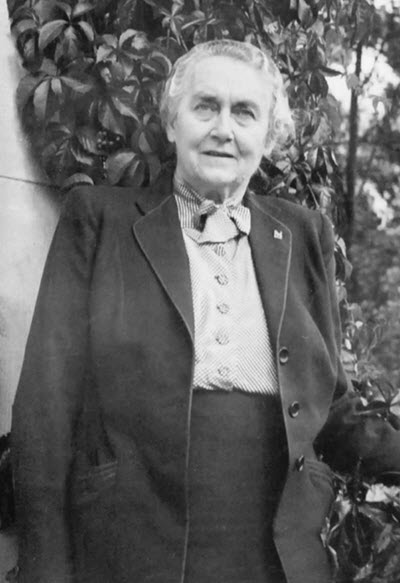 Yes, in 1903 – the year when he published his doctoral dissertation – C. G. Jung married Emma Marie Rauschenbach (1882 – 1955). They first met in 1896, when Emma Rauschenbach was just a teenager, but according to Jung he knew there and then that Emma would eventually become his wife.

Five children were born to the couple: Agathe, Gret, Franz, Marianne, and Helene.

Emma had not attained a higher education before getting married, but she was an intelligent person and also very interested in psychology. She poured herself into the field, read a lot on the subject and became her husband’s assistant at the Burghölzli psychiatric hospital. Eventually, she became a noted psychoanalyst in her own right.

Despite Carl Gustav’s extramarital affairs, the marriage lasted until the 73-year-old Emma died of cancer in 1955.

Did Jung work with Sigmund Freud?

Jung and Freud had an intense professional collaboration in 1907-1913.

Jung met the older neurologists Sigmund Freud (1856-1939) in1907 and they two quickly developed a close professional relationship and private friendship that would last until 1913. In 1911, they founded the International Psychoanalytical Association together and Jung become its first president.

Even early on, Jung noticed that Freud had a hard time tolerating any idea that differed from his own, and this was a point of contention that would eventually drive them apart. A pivotal moment was Jung’s publication of Psychology of the Unconscious (Wandlungen und Symbole der Libido) in 1912.

From 1913 and onward, Jung and Freud worked independently from each other – Jung with Analytical Psychology and Freud with Psychoanalysis.

What did Jung do during World War I?

Switzerland was neutral during World War I and would accept fleeing citizens from either side of the conflict. Jung was drafted by the army to work as a doctor, and soon became commandant of an internment camp where British officers and soldiers were placed as they reached Switzerland. Jung is known to have worked hard to improve the conditions of the British soldiers in Switzerland and encourage them to attend university courses.

What did Jung do after World War II?

In 1943, when the war was still going on, Jung was appointed full professor of medical psychology at the University of Basel. The following year, he suffered a heart attack and resigned from his position. He then led a rather quiet life, but published several books throughout the 1950s and early 1960s, despite falling ill again in 1952.

Jung’s last work was a contribution to the book Man and His Symbols, entitled Approaching the Unconscious. The book, which wasn’t published until 1964, was written by Jung and four of his associates: Marie-Louise von Franz, Joseph L. Henderson, Aniela Jaffé, and Jolande Jacobi. The book helped popularise Jung’s complex theories among readers without a degree in psychology or anthropology.

When did Jung die?

After a long struggle with chronic circulatory diseases, and a short period of more acute illness, Jung died in Küsnacht on 6 June, 1961.

The International Association for Jungian Studies (IAJS) was founded in 2002 as an academic society for Jungian scholars and clinicians with a professional or scholarly interest in Jungian and post-Jungian theory.

IAJS is chiefly famous for its annual and semi-annual conferences where academic papers are presented. The organisation also publishes the International Journal for Jungian Studies.

IAJS is open to a wide range of members, including scholars, clinicians, scientists, artists, and clergy.

Unlike the International Association for Analytical Psychology (IAAP), the IAJS is not a professional regulatory body.

Formed in 1955, the International Association for Analytical Psychology (IAAP) is an international accrediting and regulatory body for Jungian societies and groups of analytical psychology practitioners, trainees and affiliates.

The association, which is headquartered in Zürich, was founded by Carl Gustav Jung himself and a group of psychoanalysts from various countries.

Two of the chief objectives for the IAAP are: