Despite being composed fairly early in Jung’s career, The Red Book wasn’t published until 2009 when Jung had already been dead for nearly 50 years. 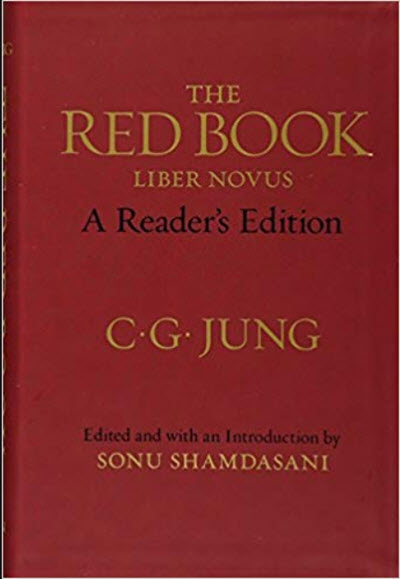 The original title was Liber Novus which means New Book; Jung only called it The Red Book informally. It was often present in his office where people who visited could see it, but only a few select individuals were allowed to actually read it.

After Jung’s death, his estate kept the book as a private legacy and refused to give scholars access to it – until it was finally published in 2009.

The driving force behind the publication of The Red Book was Professor Sonu Shamdasani (b. 1962) at the University College London, who spent three years persuading Jung’s heirs to give their permission for the book to be published. He had never seen the actual book, but had discovered substantial private transcriptions of portions of it in archival repositories.

Eventually, in the year 2000, Ulrich Hoerni – Jung’s grandson and the manager of the Jung archives – decided to support the publication. And the rest, is history.

After Sonu Shamdasani had carried out extensive editorial work, The Red Book: Liber Novus was finally published by W.W. Norton on 7 October, 2009.

The first edition was a facsimile edition that included (a reproduction of) Jung’s original calligraphic manuscript in German, three appendices, an English translation, an introduction written by Shamdasani, and over 1500 editorial notes.

Eventually, editions and translations in several other languages followed, as Jungian’s all over the world expressed an interest in this elusive book.

The Reader’s Edition was released by W.W. Norton in December 2012. It’s in a smaller format than the first edition, but does include the complete English translation, as well as Shamdasani’s introduction and editorial notes. Notably, no copy of Jung’s original calligraphic manuscript is included.